Islam in Bible Prophecy – Do we have information about Islam in the Bible?

Islam in Bible Prophecy – it is not a question, but an affirmation. The rise of Islam was predicted in the Bible by God. There are three conflicts between Christianity and Islam  presented in the Bible. Two of them can be seen in the past, in history. And we are contemporary with the third one. 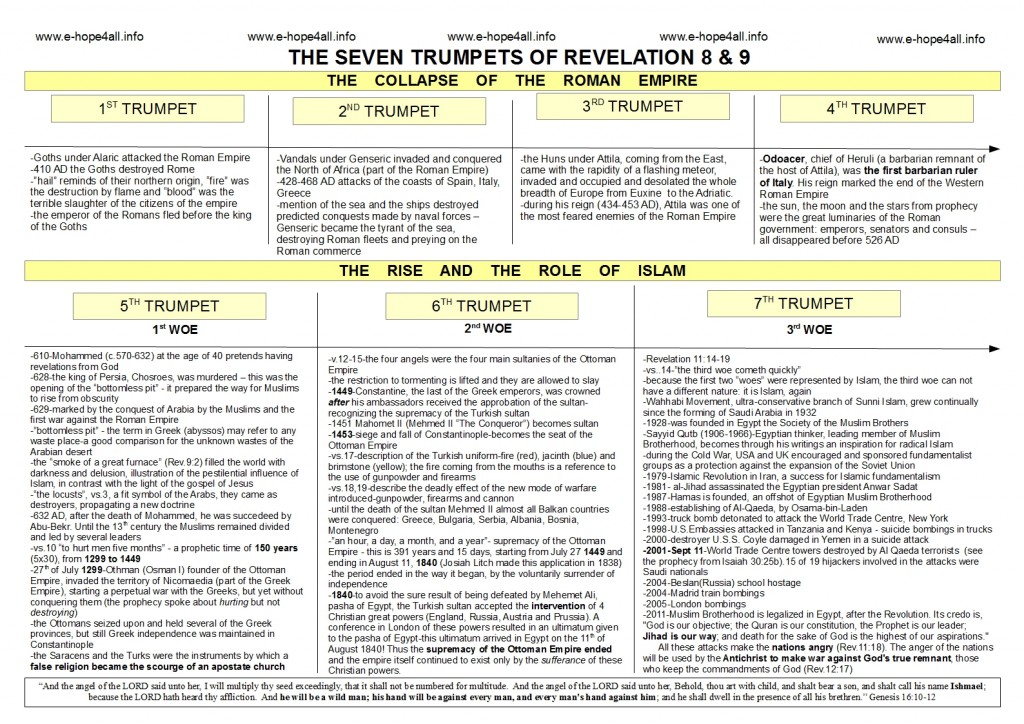 Islam plays a very interesting role in the modern times. Many people are confused about its origins, about its present influence and about its destiny. After 9/11 (11th of September 2001) the interest about Islam grew among many people. The Bible has some very interesting information about this monotheistic religion.

The seven trumpets, Revelation 8 & 9 – You can watch here two short video presentations about the seven trumpets, which were seven judgments. The first four came through the so called barbarian tribes. In the last three we see a surprise.

For a more detailed explanation of the seven trumpets, we strongly recommend the reading of this material: The Seven Trumpets, by Uriah Smith

Islam in Bible Prophecy and History – Islamic Connection is one of the most interesting presentations of prof. Walter Veith. Be ready for some interesting revelations about the birth of Islam, its development and contemporary events.