In shorts at the pulpit? Is it modest clothing? Excepting few places on earth, it is very unlikely that people would enjoy such an outfit. If you see somebody dressed that way in a church, you may very well doubt that the person is serious about religion and ask why the leaders of that community allow it to happen. There is a feminine equivalent for the shorts / bermudas worn by men. Unfortunately we are so familiar with different diversions from the Scripture that we can hardly consider them a problem. 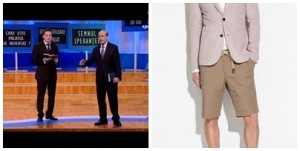 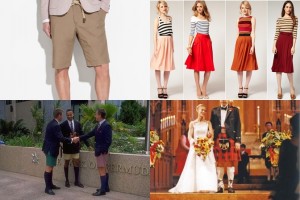 From the very beginning we mention that the following lines don’t speak about the people who don’t have a solid foundation from the Bible for their experience.  Any Christian church has to be very welcoming and warm with all the guests who are coming to church, no matter how they are dressed (within some limits, of course). In my first visits to a church I came also dressed in a way which was not very suitable with the place. Gradually I understood that God has some expectations from me in the area of clothing and I wanted to please Him. We all need time to grow spiritually and understand things which may be difficult for a beginner. Those around need to have patience with newcomers and give them space to grow, and to be an example which can be imitated. There is a difference still between walking into a church and sitting down and being in the front of the church, at the pulpit, to serve in different ways: by preaching, praying or singing. Those who perform something there in the front must represent God and His principles in everything, including in the way they are dressed. The same is expected by all those in the worship place if they have behind years of experience with God, years of studying the Bible. 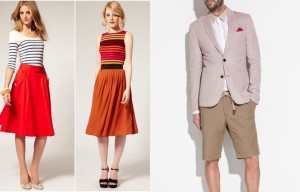 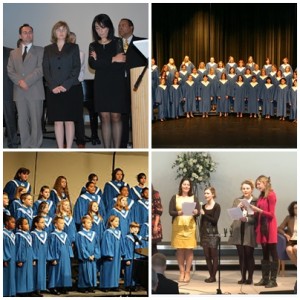 You can see in these pictures that the “midi” skirts are the equivalent of the men’s bermuda shorts. While we feel it’s unacceptable for the men to come dressed that way (and we can’t see them even representing the church at the pulpit by preaching, praying or singing), we can’t see any problem with the feminine equivalent for the bermuda shorts. 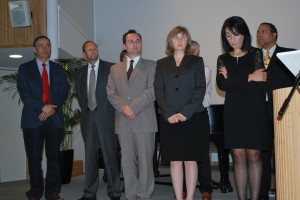 Modest clothing promoted by the Bible

The first place in the Bible where we read something about clothing is Genesis 3. Adam and Eve were clothed with a garment of light before their fall into sin. After the fall, they lost that garment and they remained naked: naked inside (spiritually) and naked outside. Immediately they tried to make some aprons (Genesis 3:7). Their attempt was not acceptable in God’s eyes and the Creator made for them some coats of skins (Genesis 3:21). The Hebrew word used for “coats” can be translated with “robes” as well. Decency and modesty in clothing was the rule for the biggest part of history in the places where the Bible was known. It is very interesting that until today we have the word “wardrobe” (ward+robe). As the word is composed we can see that people kept in that place their robes. They used to wear robes or something long like the robes, maxi, not midi or mini. It is true that sometimes that maxi was too maxi and the long dresses were sweeping the dust. It needed to be shortened a little bit to avoid this inconvenience. 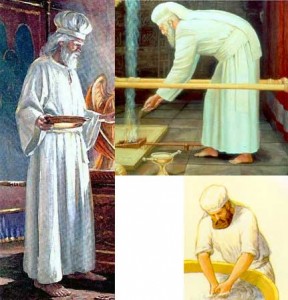 Another place in the Bible where we have details about clothing is the one where the priestly garments are described. They were coming in the presence of God in the Sanctuary (the Tabernacle or the Temple later on). Precise indications were given to make them understand that it counts how they are dressed. The Lord looks at the heart, first of all, indeed. But it doesn’t mean that it doesn’t matter how you are dressed when you want to serve Him. As it can be seen from the pictures, the priests and the Levites were wearing some long robes, tunics. The word used here for “tunic” is the same with the one used in Genesis 3:21 when it speaks about the coats made by God for Adam and Eve. None of those who served God in the Sanctuary was allowed to dress himself however he wanted, using the argument that only the heart matters, not the exterior. While it is true that the heart is the most important, our exterior has to be a reflection of a sanctified, transformed heart.
“And for Aaron’s sons thou shalt make coats, and thou shalt make for them girdles, and bonnets shalt thou make for them, for glory and for beauty.” Exodus 28:40
“The robe of the common priest was of white linen, and woven in one piece. It extended nearly to the feet and was confined about the waist by a white linen girdle embroidered in blue, purple, and red.” PP 350 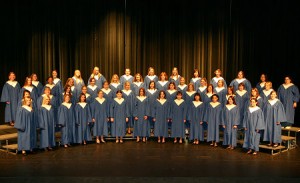 “Everything connected with the apparel and deportment of the priests was to be such as to impress the beholder with a sense of the holiness of God, the sacredness of His worship, and the purity required of those who came into His presence.” PP 351 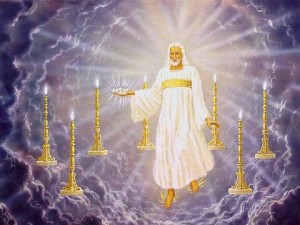 When Jesus revealed Himself to John on the isle of Patmos, He was wearing a long robe, nearly to the feet.
“And in the midst of the seven candlesticks One like unto the Son of man, clothed with a garment down to the foot, and girt about the paps with a golden girdle.” Revelation 1:13

It is not necessary today to wear robes, though they don’t look bad at all in a place of worship, but our clothing has to cover us as much as the robes did. Both for men and women, what can be labelled as “midi” (or “mini”) was never approved by the Creator. Those who want to represent God and cooperate with angels will choose to imitate a heavenly approved “fashion”, not the worldly fashion, understanding that nothing commanded by God is with no reason. 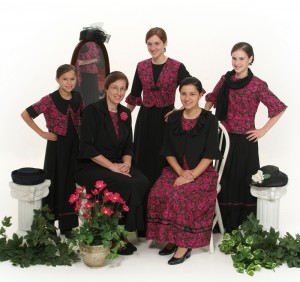 “We should seek to make the best of our appearance. In the tabernacle service God specified every detail concerning the garments of those who ministered before Him. Thus we are taught that He has a preference in regard to the dress of those who serve Him. Very specific were the directions given in regard to Aaron’s robes, for his dress was symbolic. So the dress of Christ’s followers should be symbolic. In all things we are to be representatives of Him. Our appearance in every respect should be characterized by neatness, modesty, and purity.” 6T 96
“The dress and its arrangement upon the person is generally found to be the index of the man or the woman.
We judge of a person’s character by the style of dress worn. A modest, godly woman will dress modestly. A refined taste, a cultivated mind, will be revealed in the choice of a simple, appropriate attire….” CG 413