Prophecy About Jesus – Old Testament of the Bible

There was really any prophecy about Jesus? How many prophecies there are in the Old Testament of the Bible bringing testimony about the Messiah? Did those prophecies fulfilled in the life of Jesus Christ?

Not only that there were many prophecies about Jesus but some biblical scholars say that there are around 300 prophecies in the Old Testament which were fulfilled in the life of Jesus Christ.

Prophecy about Jesus – in the following table you can see a small selection of these many prophecies: 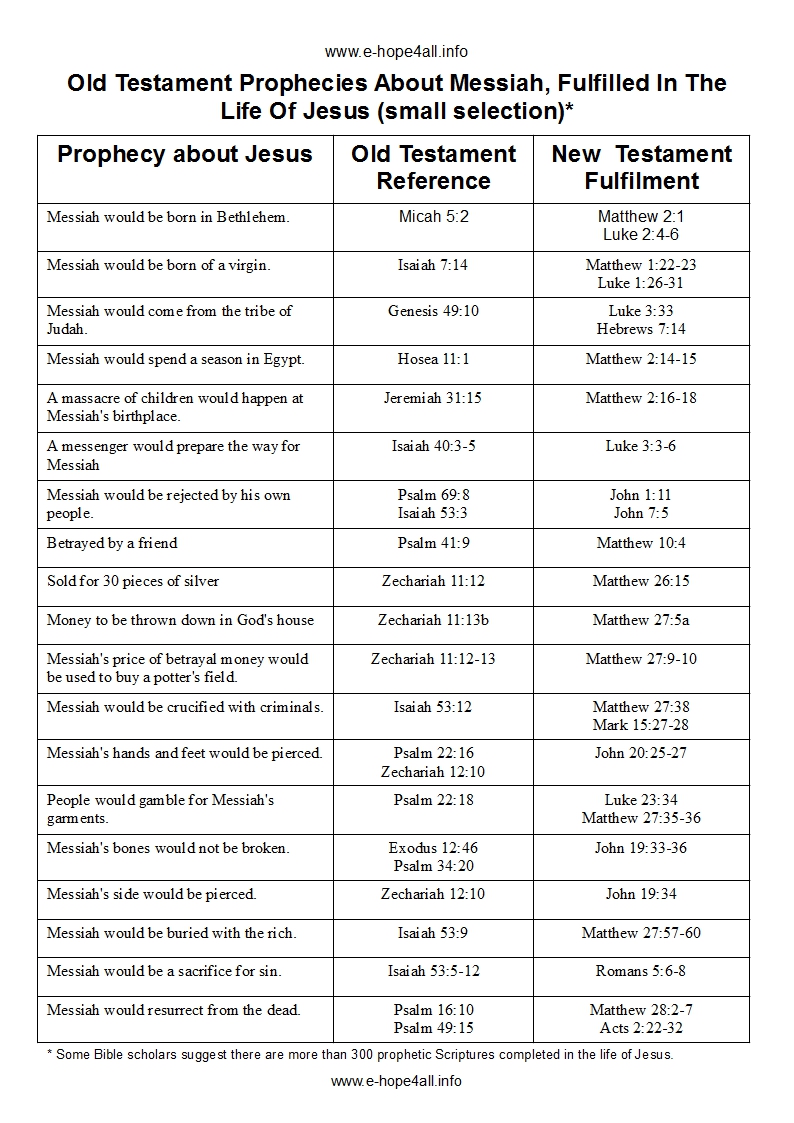 All these prophecies were made hundreds of years before Jesus was born. The Greek translation of the Old testament was completed in 250 B.C. There was no chance to adapt the text of the prophecy about Jesus to match with what happened later in His life.

Because some people suggest that the fulfilled prophecies were possible because Jesus knew the Old Testament well enough, think about some of these prophecies which were
outside of His control, such as:

1.Place of birth
2.Time of birth
3.Manner of birth
4.Betrayal and all the details about betrayal
5.Manner of death
6.People’s reactions
7.Piercing of His side
8.Burial

One thought on “Prophecy About Jesus”