In 1904 was established one of the most remarkable and innovative schools in America, in the town of Madison, Tennessee, about 10 miles from Nashville. In the beginning it was called The Nashville Agricultural and Normal Institute (NANI), and in 1937 its name was changed into Madison College.

Between 1895 and 1896, Ellen G. White wrote nine articles, urging the adventist believers to work in the southern states affected by the Civil War. Listening to this call, in 1904, Sutherland and his close friend Percy T. Magan (1867-1947) resigned from Emmanuel Missionary College and left towards South. 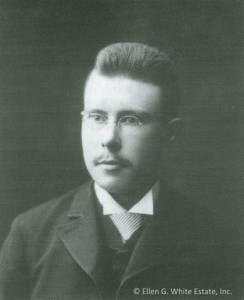 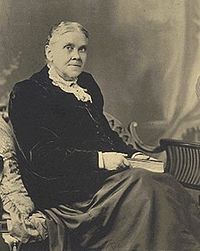 In the summer of 1904, Sutherland and Magan discussed their plans with sister White, in Nashville, and after that they looked for a suitable location for the school in the surrounding areas of Nashville. On June 1904, E. White, W. Palmer, Sutherland, Magan and others embarked on a steamboat. Because the steamboat had some problems and they couldn’t continue the trip, E.White and elder Palmer went to see the surroundings. They found a farm with 412 acres of land (aprox. 160 hectares). E. White return to the boat and told  Sutherland and Magan: “This place look like the one I saw in a vision. This is the place where God wants you to start a school.” When the two saw the farm, they were deeply disappointed by how it looked. Even more, they had not enough money to buy such a big farm. They thought about buying a small farm, with fertile land and well maintained. After much interior struggle they accepted to follow the inspired advice.

The school began its activity in the same year, 1904, with 11 students. The philosophy of education was developed under the guidance of Ellen White. She used to call this school  God’s Beautiful Farm. She appreciated the work done by the founders of this school: Sutherland, Magan (1867-1947), M. Bessie DeGraw, and Nellie H. Druillard. In 1908, Ellen White wrote the following in the article entitled “An Appeal for Madison School”: “The . . . education given at the Madison school is such as will be accounted a treasure of great value by those who take up missionary work in foreign fields. If many more in other schools were receiving a similar training, we as a people would be a spectacle to the world, to angels, and to men. The message would quickly be carried to every country, and souls now in darkness would be brought to light.”

Madison Missionary School was so special to Ellen White that she decided to get involved in its  leading. This was the only institution where she accepted to be part of the board (she was one of the 10 members who formed the school board), and she accepted with one condition: the school had to be an independent one, formed as a non profit association, not in the ownership of the church. Ellen White saw the obstacles placed in the way of all those who tried to apply her inspired advices about running a Christian school. This time her advice was to have an independent school. Her involvement in the leadership of the school had to be a defense against criticism and suspicions.

Madison Missionary School and the principle of self-supporting

Madison School: Difficulties on the road

Madison School: source of inspiration for other schools

The Schools of the Prophets – The Blueprint for Christian Education